Plot: Set in the forests of Arunachal, Bhediya is a story of Bhaskar, a man who gets bitten by a wolf, and begins to transform into the creature. As Bhaskar and his buddies try to find answers, a bunch of twists, turns, and laughs ensue. 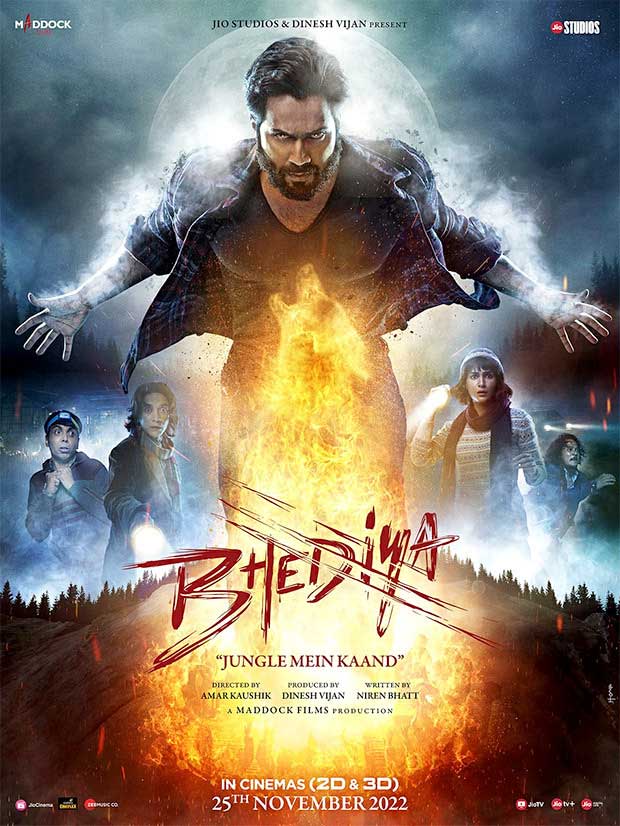 Bhediya is worthy to watch once for its top-notch VFX effects with some good performances and hilari !!

After the success of Horror-comedy Stree, Amar Kaushik’s “Bhediya” is Bollywood’s first creature comedy which is a tremendously enjoyable thriller through the jungles of Northeastern India that delivers pro-environment and anti-racism messages and also has the potential to become a franchise.  The Amar Kaushik directorial is an immersive experience with intense but funny dialogues and clever writing. Bhediya stars Varun Dhawan, Kriti Sanon, Abhishek Bannerjee and Deepak Dobriyal, among others.
The story starts with a road construction contractor Bhaskar (Varun Dhawan) going to Arunachal Pradesh wanting to make a highway through the dense forests of Ziro. He is accompanied by his cousin Janardhan aka JD (Abhishek Bannerjee) and is joined by a local Northeastern friend, Jomin (Paalin Kabak). As the trio starts their mission of convincing the tribals to give their land and allow road construction, they encounter strange incidents, the most important one being Bhasker getting bitten by a wolf. Soon, he acquires traits and characteristics of the creature and hereon, the folklore about shape-shifting wolf called 'vishaanu' picks up and the story gets more gripping and interesting.
Varun Dhawan is remarkable in each frame. He tried a new genre, and looked so convincing in it. His transformation scenes from a man to a wolf are spectacular and scary at the same time with his ripped muscles and sculpted body giving you the chills. He outshines in both rib-tickling as well as thoughtful scenes. Kriti Sanon is OK as per the narrative. Abhishek Bannerjee is notable with hilarious act with his comic timing. His Hindi dialect is remarkable. Debutant Paalin Kabak as Varun's Northeastern friend Jomin is quite energizing and his companionship with both Varun and Abhishek is enjoyable. Deepak Dobriyal as Panda is good, particularly with the way he has picked up Northeastern accent and their body language.
As we all know that Amar Kaushik has established a tradition of delivering strong social messages via a mass entertainment package. His debut, horror-comedy “Stree” (2018), was a feminist fable, while “Bala” (2019) dealt with alopecia and skin color shaming. In “Bhediya,” the primary message is to save the environment and the other Indian practice that is criticized is the habit of describing people from the Northeast pejoratively as Chinese - a casual racism that is prevalent in the rest of the country. Kaushik and his writer Niren Bhatt manage plot effectively with comical as well as social awareness quotient. Niren Bhatt's story and clever writing get full marks for a great build-up, the big disclose, and a rather hilarious climax. Dialogues are penetrating, meaningful yet extremely funny, which leaves you asking for more.
Jishnu Bhattacharjee's cinematography is remarkable for the way he has captured the deep and dense Ziro forests of Arunachal Pradesh. Bhediya carries a visual appeal that does full justice to the beauty of Northeast India and its landscapes. The VFX and special effects are striking and support to narrative. Sachin-Jigar's music is melodious, but not all songs leave a mark. Background score is effective.
Overall, Bhediya is worthy to watch once for its top-notch VFX effects with some good performances and hilarious dialogues. 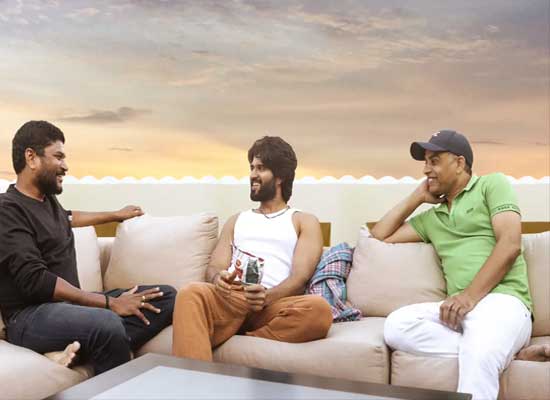 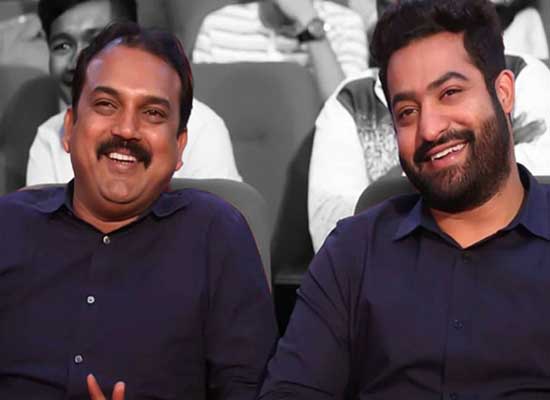 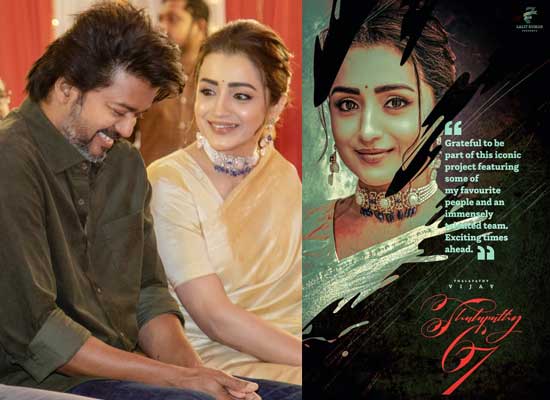 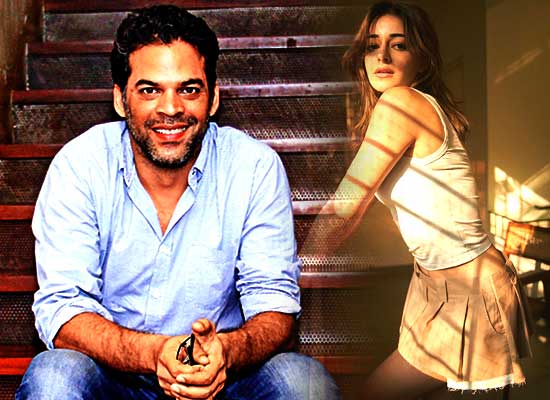 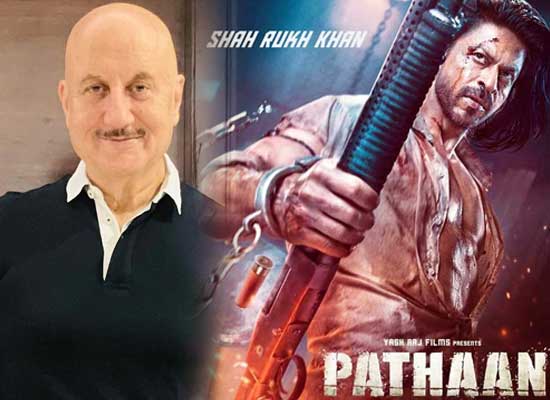 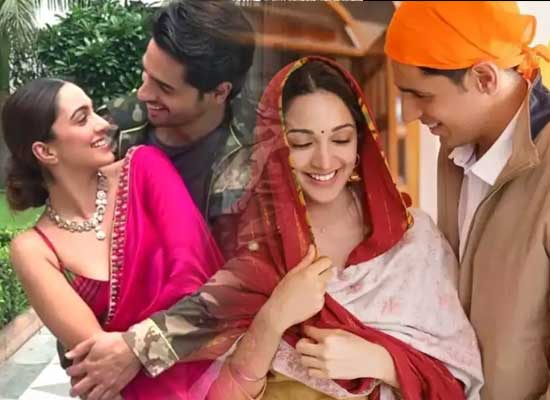 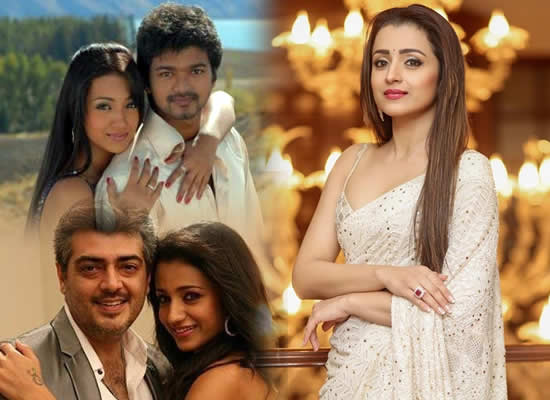 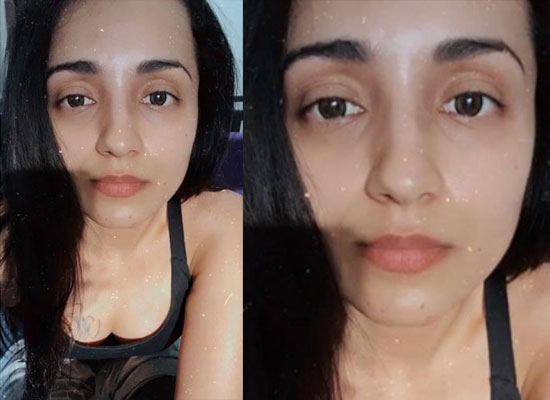